This is a compilation of articles on the Internet, that may be useful in the upcoming festivities.

Free of the Vaxx

Yesterday I took an international flight which means that today I am somewhere else. I have just victoriously concluded a two hour battle with my quarantine hotel and have obtained a fresh pot of coffee served in crockery, as opposed to instant coffee in a paper cup. I am in quarantine for five days because I am among the ranks of the unclean. In other words, I have not bent the knee to our want-to-be overlords and submitted to their death jab.

Actions have consequences. On both sides.

I flew business class which was a practical choice. In business you are treated better; you are more important. Thus, any issues that sprung up due to my unvaccinated status were immediately solved. I was seated at the front of the plane next to a professional from a very large company who was rather high up on the chain. We got talking, we got along, the flight was pleasant. I nursed a cognac for an extraordinary long time so as to avoid the whole mask charade. I had tried the same trick in economy on my previous flight and it hadn’t worked. However, with the same airline in business class I was not bothered once. Viruses may not respect international borders but they sure do respect social ones.

After a long period of silence in which I read a book, and with an hour to go on the flight, the two of us began talking again. The subject of the virus came up. My corporate travel neighbor confidently expressed the opinion that those who had remained stubbornly unvaxxed should have their lives made as miserable as possible until they comply. I smiled and nodded and made some small remarks concerning the strangeness of the whole situation; the contradictory evidence and the rushed nature of the vaccines, but I did it in a way that was entirely neutral and non-combative.

He obviously had no doubt at all that I was vaccinated. His assumption was complete on that scale. I was an equal and the thought never entered his head that I could be a dissenter from the true scientific faith. We were on the same side but more importantly, we were on the same level. And I left him with his comfortable assumptions. I did not break the spell. As someone who tends to be on the combative side of things I rarely shy from a ribald exchange of views. But with the vaxx, as with faith, I tend not to argue.

The weak and the fearful have submitted out of a selfish desire for things to return to normal. Those in charge continue to turn the screws and this causes confusion and further fear. Those who initially succumbed demonstrated a weakness of strength of character, a willingness to bow to peer pressure as much as authority. But now as the third booster threat rises inexorably on an horizon tinged with green, those who got vaxxed are beginning to divide into two camps. On the one hand there are those who will continue to roll up their sleeves and obediently follow the illegal government mandates. On the other side are those who will not get any more jabs. They realise that they were fooled and will not be fooled again.

In the end, this great drama through which we are all living comes down to one thing and one thing only – loyalty. To whom are you loyal? A great many people have shown that they are not even loyal to themselves, let alone to their families or communities. Let alone to God. The lack of moral backbone has been revealing. How easily they acquiesced and how bitter did they become at those who did not.

As I sit in quarantine I find it a small price to pay in relation to waking each morning knowing that my blood passes unadulterated through my veins. Short term pain as opposed to long term gain. Perhaps the short term will become more painful. So be it. We are made to be tested so embrace the suck. With each “privilege” that they remove I become more free. The more they attack the greater my resolve. I do not need to pray to God for strength in this fight because I harbor no doubt. And I will craftily use the tools at my disposal to continually shift the ground in my favor.

In the end they only win because we let them. We have already not fought so many battles against our foes. Now our nations are secular wastelands, spiritual deserts where morals are dictated by faceless bureaucracies. If not at this point then when? Where is your line in the sand? To whom or to what do you pledge your loyalty? With whom do you stand?

The truth will set you free.

Albert Bourla, CEO of Pfizer, speaks to the media about the corporation’s business success at an October 2021 press conference. 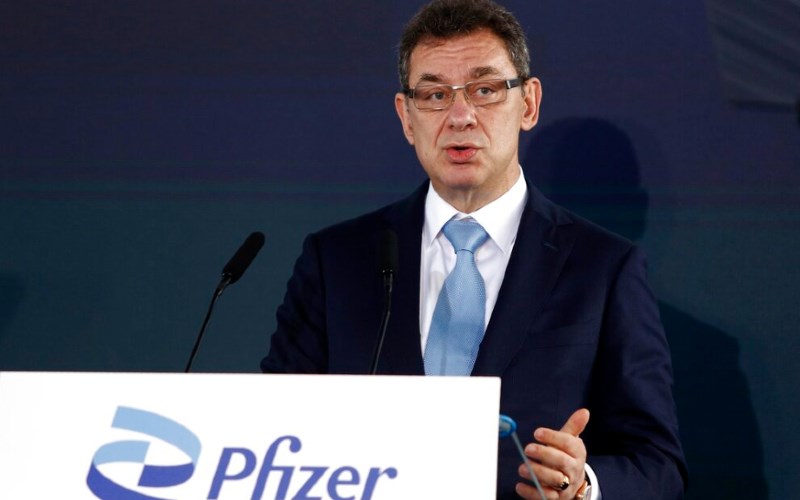 Mega-corporation Pfizer is projected to make more than $30 billion in revenue by year’s end from its COVID-19 shot, and the boss who is in charge of that revenue stream is making headlines for suggesting vaccine critics are worse than just bad people spreading false information.

This site uses Akismet to reduce spam. Learn how your comment data is processed.

The Nyberg Flag of the Three Percent

Tactical Training with a Biblical foundation

Documenting The Death Of America

Foreign policy independent of all, under the influence of none.

Absolute Truth from the Word of God

JESUS HAS EVERY ANSWER

A vanguard movement of Western Civilization

A Lady of Reason

Conservative Values From a Secular Perspective

For the Sons of the West

Tactical Training with a Biblical foundation

Documenting The Death Of America

Foreign policy independent of all, under the influence of none.

Absolute Truth from the Word of God

JESUS HAS EVERY ANSWER

A vanguard movement of Western Civilization

A Lady of Reason

Conservative Values From a Secular Perspective

For the Sons of the West

M.D. Creekmore
Making It Up

Creating havoc since 2006. Fair use is claimed for images on this site, but they will be removed (if owned) on request out of politeness. movingnorth@gmail.com

Demonstrating daily that diversity is not strength!